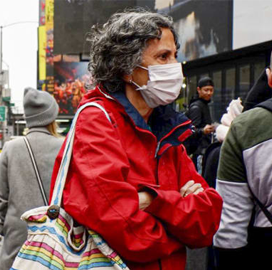 President Trump signed a new $8.3 billion spending bill to combat the spread of coronavirus, the White House announced on Friday. The funds will be allocated to the prevention efforts and research to expedite the development of a vaccine for the virus.

The emergency spending bill was brought to Congress on Wednesday and approved by the House and Senate Thursday. Within the past week, worldwide cases surpassed 100,000 and world health officials have warned that the virus is on the verge of becoming a pandemic.

The administration will use the funding to fight the outbreak and instill preventative measures. For more infected states, like Washington and California, the funds will be used to respond to crises by providing public lab testing, quarantine and sanitation of public areas.

“I can tell you we need these funds. We need them now,” Washington senator Maria Cantwell said. Washington state has currently reported 11 deaths from the virus. The bill will fund states based on a population based CDC formula and includes over $3 billion in vaccine research.

The federal government noted that, within the nation, there are a total of 233 people who are infected with the virus and 14 deaths. Legislation will still debate issues surrounding the virus, including whether employees should receive paid time off or have the ability to work from home.

The World Health Organization (WHO) has also warned governments that the continued international spread of coronavirus is "not a drill" and will require significant action if public health authorities are to contain the deadly outbreak.

"This is not a drill. This is not the time to give up. This is not a time for excuses. This is a time for pulling out all the stops. Countries have been planning for scenarios like this for decades. Now is the time to act on those plans," Tedros said. "This epidemic can be pushed back, but only with a collective, coordinated and comprehensive approach that engages the entire machinery of government," said WHO chief Dr. Tedros Adhanom Ghebreyesus.