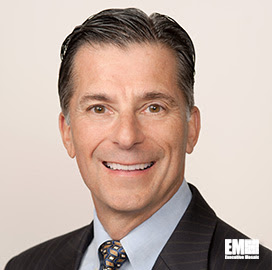 KPMG has released its 2020 Global Technology Industry Innovation Survey, revealing that technology leaders regard the United States as the most promising market for developing disruptive technologies, with more than twice as many saying it's ahead of China and India, the company reported on Thursday.

"We believe that survey respondents perceive the current U.S. stance on technology and intellectual property, as it pertains to China, means that China must now spend more time and resources to develop its own domestic innovation ecosystem," said Tim Zanni, KPMG Global and U.S. Technology Sector Leader.

The report stated that the U.S. had a global impact of 28 percent while China and India tied for second, both ranking 13 percent in developing disruptive technologies.

KPMG also noted that new cities are beginning to rise in hub rankings. The report revealed which cities and presumed global leaders will start to lead technology innovation hubs over the next four years.

Singapore, seventh last year, increased to the top of this year's global rankings. Singapore offers an advanced IT infrastructure, strong government support and IP protection laws and a deep pool of talent. London moved from third to second. Tel Aviv placed 15th last year, but moved to third place in 2020.

Excluding Silicon Valley and San Francisco, New York placed fifth globally, gaining influence from Google, Amazon and Apple investment announcements. 37 percent of respondents stated that it was likely the innovation center of the world would move from Silicon Valley in the next four years, reasoning that the U.S stance will keep more proprietary knowledge and intellectual property inside the nation.

The data retention will make it more difficult for a city outside the U.S. to overtake Silicon Valley as the innovation center in the next four years. Respondents noted that Silicone Valley faces two main challenges: the innovation/entrepreneurial infrastructure of other cities will match or exceed Silicon Valley and the rise of the gig economy and virtual collaboration tools enable innovation anywhere.

The 2020 KPMG Technology Industry Innovation Survey, in its eighth year, consisted of 810 technology leaders (54% C-level executives) across twelve countries. The online survey was conducted from December 2019 to January 2020.