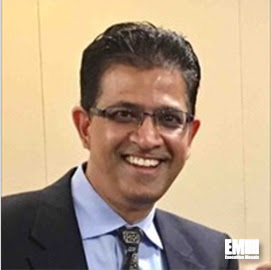 “Across Brazil, Colombia, Mexico and Peru – even in the most remote and rural places –  local merchants are enhancing their businesses by offering affordable, high-speed Internet access to their customers,” said Bhanu Durvasula, vice president, International Division at Hughes. “Making it possible for people to connect with family and friends, seek healthcare, reach online training and conduct business in ways they never could before.”

Hughes Express Wi-Fi Hotspots are linked over satellite links to enable vendors to provide affordable Internet access on a pay-per-use basis to about 500 people in their rural community where terrestrial service is too expensive or simply unavailable.

Hughes Express Wi-Fi is one of several Community Wi-Fi Hotspot solutions offered by Hughes. Including the latest installations in Latin America, Hughes customers have deployed more than 33,000 satellite-enabled Community Wi-Fi hotspots in countries like Brazil, Indonesia, Mexico and Russia.

With a Community Wi-Fi hotspot, any user can access the Internet with a Wi-Fi capable handheld or laptop, either on a prepaid or government-subsidized (USO) basis, depending on the service model. The solution can readily be deployed globally, including areas unserved or underserved by wireline or wireless infrastructure.

Under the company’s network initiative, Hughes collaborated with Telecomunicaciones de México (TELECOMM) in Feb. 2020 to install Hughes Express Wi-Fi hotspots, powered by Facebook Connectivity’s Express Wi-Fi platform, in as many as 4,000 rural communities in Mexico.

Hughes has installed the first hotspot in the town of General Sandino, where there was previously no high-speed Internet. With Hughes Express Wi-Fi, the community will gain new access to social, economic and educational benefits of broadband Internet access.

The company will provide high-speed Internet access available to people in rural communities at prices as low as 50 cents per hour. Hughes will integrate the Hughes JUPITER System, its next  generation VSAT platform designed and optimized for broadband services, in addition to Ka-band capacity from the JUPITER 2 (EchoStar XIX) High-Throughput Satellite.

Hughes Network Systems, LLC (HUGHES) is the global leader in broadband satellite technology and services for home and office. Its flagship high-speed satellite Internet service is HughesNet®, the world’s largest satellite network with over 1.4 million residential and business customers across the Americas.