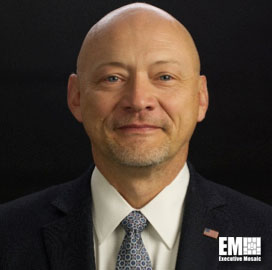 CenturyLink has recently received contracts from the U.S. Army to build fiber networks that will modernize, update and protect critical infrastructure at five Army Corps of Engineers dams in Oregon and Washington, the company announced on Thursday.

CenturyLink’s will supply high-speed data transmission fiber services to the Ice Harbor, Little Goose and Lower Granite Dams along the lower Snake River in Washington, and the Foster and Green Peters Dams along the Columbia River in Oregon, as part of the dam safety program.

In addition, CenturyLink will provide cybersecurity, cloud, managed hosting and IT services over the fiber network, enabling government agencies to integrate advanced security and reliability to carry out important missions.

The U.S. Army Corps of Engineers dams provide significant, multiple benefits to businesses, critical infrastructure and the environment. These contracts were awarded over the past year via the General Services Administration’s IT Schedule 70 contract.

CenturyLink will provide more than 85 DoDEA locations with virtual private networking, internet, voice and video services. The company will supply government agencies with the security and reliability they need to carry out their important missions, including cybersecurity, cloud, managed hosting and information technology (IT) services over its carrier-class network.

The award will be provided through the General Services Administration’s Enterprise Infrastructure Solutions (EIS) program. The contract has an initial base period of one year, with 12 additional option periods.

“We’re focused on modernizing and updating DoD’s learning network so DoDEA can concentrate on its mission to educate, engage and empower military-connected students to succeed in a dynamic world,” added Young.

CenturyLink (NYSE: CTL) is a technology leader delivering hybrid networking, cloud connectivity, and security solutions to customers around the world. Through its extensive global fiber network, CenturyLink provides secure and reliable services to meet the growing digital demands of businesses and consumers. CenturyLink strives to be the trusted connection to the networked world and is focused on delivering technology that enhances the customer experience. Learn more at http://news.centurylink.com/