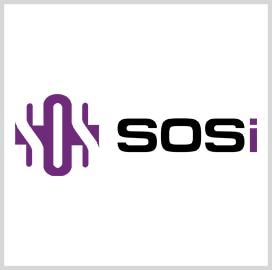 SOSi has appointed Jamie Graybeal to serve as its vice president for public affairs and government relations, Janet Hanofee to the position of chief human resource officer, Kevin Henderson to chief growth officer, and Greg Hayken to executive vice president and general counsel, the company announced on Wednesday.

“Jamie is among the most experienced and respected communication professionals in the government,” said Julian Setian, president and CEO of SOSi. “His experience and industry knowledge enable us to better engage critical stakeholders in the executive and legislative branches of government.”

Before joining SOSi, Graybeal served as the Executive for Reform Outreach within the Secretary of Defense’s Cost Assessment and Program Evaluation (CAPE) directorate between Jan. 2018 and Jan. 2020. He has developed communication strategies to educate audiences on the Department of Defense’s (DoD) budgetary decisions including the United States Air Forces’ investment in the F-15EX, DoD’s reform of the Military Health System and the modernization of DoD’s information technology (IT) infrastructure.

Hanofee has been with SOSi since June 2017, starting her career at the company as vice president of Human Resources. With SOSi, she has helped the company complete three significant corporate acquisitions while leading the integration of a global workforce.

Henderson previously worked for BAE systems, where he was responsible for leading all business development efforts within the company’s Intelligence Solutions business area from Jan. 2018 to Jan. 2019. Since joining SOSi in Jan. 2019, he has led a transformed the company’s business development and capture organizations, which has enabled SOSi to better align with its customer markets.

Hayken previously served in a variety of senior leadership roles with BAE Systems between 2003 and 2019. After joining SOSi in 2019, he supported one acquisition, a large-scale corporate reorganization, and several critical contract negotiations. He also supervised the enforcement of a company-wide compliance program.

“Janet, Kevin, and Greg have had a tremendously positive impact on us here at SOSi, and all three represent the next generation of C-suite executives,” said Setian. “Greg has effectively been serving in the role for the past few months, and we created Janet’s and Kevin’s positions in 2020 to encourage us to think more strategically about talent development and growth.”