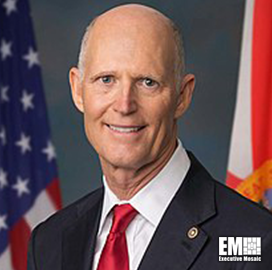 The Pentagon has released its opposition to a proposed rule that would make it harder for U.S. chip makers and industry leaders to send shipments to China’s Huawei Technologies Co. from their overseas facilities, the Department of Defense (DoD) announced on Friday.

Huawei is the world’s largest telecommunications-equipment manufacturer and a leader in next-generation 5G wireless networks. Previously DoD voiced the concerns that restrictions on Huawei sales would limit U.S. chipmakers revenue to fund research.

As of this writing, the DoD changed its stance, stating that it would remove challenges within the export-control rule, which is designed to reduce the flow of U.S.-made products to Huawei out of national-security concerns.

Sue Gough said that the Pentagon “supports a collaborative interagency process that allows the facts and concerns of all parties to be heard before adopting potential major regulatory changes.”

The U.S. has stated that the change is in preventative measures under the reasoning that Huawei’s equipment could be used for Chinese government espionage. Citing national-security concerns, Commerce Department officials put Huawei on an export blacklist in May.

The proposed rule, which is still under discussion in the Trump administration, would tighten the regulation of shipments to Huawei. The existing rules allow continued shipments to blacklisted companies for products that are made overseas and contain less than 25% U.S.-made content.

The rule change reduces that percentage to 10% for Huawei shipments, which would sharply limit the items that U.S. companies could sell without an export license.

“We know Huawei is supported and controlled by the communist regime in Beijing, which continues to violate human rights and steal our data, technology, and intellectual property. Companies in the United States should not be allowed to sell to Huawei, and my legislation will further restrict their ability,” Sen. Scott said.