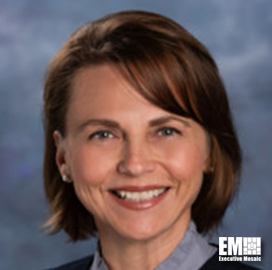 Corey Gersten has joined CORAS as vice president of Department of Defense (DoD) Sales to develop important relationships and knowledge of departmental organization, the company announced on Thursday.

Gersten will bring over 25 years of experience leading operations, transforming organizations, driving change, team building and crisis management to CORAS. She will remain in the roles of senior advisor with The Roosevelt Group, where she began her role in Sept. 2018, and continue her ownership of Wilder Solutions that she’s held since 2016.

Prior to joining CORAS, Gersten served as senior compliance project manager for Continuity Operations Group between June 2016 and Aug. 2017. In the role, she led a team of governance and compliance analysts in assessing DoD issuances and developed policy valuations and compliance summary reports.

Gersten also served in a variety of senior leadership roles with the U.S. Air Force between 2004 and 2013, developing a vast skill set in government and service branch policy and strategy. From Aug. 2011 to July 2013, she was chief of the Warfighter Technology Division where she integrated multi-billion dollar warfighter communications and intelligence systems ensuring interoperability, training, redundancy and fiscal sustainability.

She held the position of commander of the 451st Expeditionary Mission Support Group between July 2010 and June 2011. Gersten was responsible for over 500 combat support personnel and 10-billion dollars in combat assets that provided communications, engineering, force protection, logistics and personnel management to over 4000 combat personnel.

Gersten began her career as a fellow with the Defense Advanced Research Projects Agency (DARPA) at the DoD between June 2002 and June 2005. She was the first-ever Air Force Chief of Staff Fellow for DARPA and worked with the DARPA Joint C4ISR Urban Warfare Panel to analyze, select and accelerate DARPA programs for immediate use in an urban warfare environment.

She holds a Bachelor of Science degree from the United States Air Force Academy; a Master of Arts degree in History and International Relations from the California State University, Stanislaus; and Master of Science in National Security Strategy from the National War College, National Defense University.