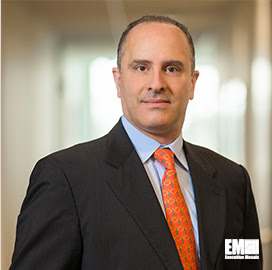 Cisco has released its Annual Internet Report and it has noted that 5G technologies will support more than 10% of the world's mobile connections by 2023, the company reported on Tuesday.

"What we are seeing from our research is a continuous rise in internet users, devices, connections, and more demand on the network than we could have imagined," said Roland Acra, Senior Vice President and Chief Technology Officer at Cisco.

Cisco stated that as consumers and business users worldwide continue to create new demands and expectations for mobile networking, the adoption of mobile applications is projected to grow exponentially. Social networking, video streaming and downloads, business productivity, e-commerce and gaming will drive the continued growth of mobile applications with nearly 300 billion downloaded by 2023.

The report additionally noted that the top six global trends, including internet, device, mobile Wi-Fi, network and cybersecurity projections to occur by 2023. Cisco stated that more than 70 percent of the global population will have mobile connectivity.

Cisco made global Wi-Fi projections in the report. The company claimed that Wi-Fi hotspots will grow four-fold from 2018 to 2023. There will be nearly 628 million global public Wi-Fi hotspots, up from 169 million in 2018. Along with the growth of Wi-Fi, the company has stated that the average global mobile connection speeds grow tremendously. The report said that the speed will more than triple from 13 Mbps in 2018 to o 44 Mbps in 2023.

"The insights and knowledge gained by our Annual Internet Report are helping global businesses, governments and service providers prepare and secure networks for the ongoing growth in connections and applications. Strategic planning and partnerships will be essential for all organizations to capitalize on their technology innovations and investments."

Cisco (NASDAQ: CSCO) is the worldwide technology leader that has been making the internet work since 1984. Our people, products, and partners help society securely connect and seize tomorrow's digital opportunity today.