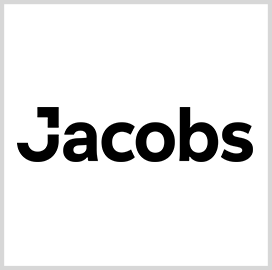 Jacobs has been selected by Queensland Government to join Unity Alliance, the company announced on Thursday. Under the agreement, Jacobs, in conjunction with UGL and AECOM, will deliver the rail, integration and systems work package for the Cross River Rail project in Brisbane, Australia.

"This project creates the capacity needed in the future to meet increased demand and ensure public transport becomes a more viable and popular mode of travel. It will unlock the bottleneck at the core of our network, allowing more trains to run more often, enabling a turn-up-and-go-transport system for the whole region," said CEO  of Cross River Rail Delivery Authority, Graeme Newton.

Jacobs will supply the design and reconfiguration of the rail network at either end of the new cross city tunnels, provide and install supporting rail systems and integrate Cross River Rail into Queensland Rail's existing network. The company will complete seven station upgrades.

The new rail line is estimated to be 6.3 miles and will run from Dutton Park in Brisbane's inner south to Bowen Hills in the inner north. The agreement will also include 3.6 miles of tunnel under the Brisbane River and Central Business District.

"The project will provide a vital second river crossing for the rail network, significantly easing existing capacity constraints across the network, facilitating social and economic growth and development in the region, further positioning Brisbane as a city for the future," added Jacobs People & Places Solutions Senior Vice President of Operations Patrick Hill.

Jacobs has already completed the preliminary planning and work with construction now underway. The Queensland Government has invested $3.8 billion toward the delivery of the project.

At Jacobs, we're challenging today to reinvent tomorrow by solving the world's most critical problems for thriving cities, resilient environments, mission-critical outcomes, operational advancement, scientific discovery and cutting-edge manufacturing, turning abstract ideas into realities that transform the world for good. With $13 billion in revenue and a talent force of approximately 52,000, Jacobs provides a full spectrum of professional services including consulting, technical, scientific and project delivery for the government and private sector.