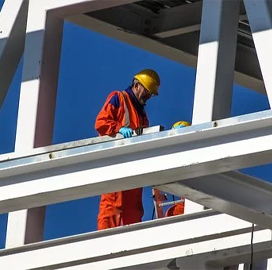 “This framework is an opportunity to get our existing infrastructure working again and fund new transformative projects that will create an estimated 10 million jobs, while reducing carbon pollution, dramatically improving safety, and spurring economic activity,” according to the document.

The proposal would earmark $434B for transit and highway programs; $55B for rail transportation; $30B for airport and airway infrastructure; $19.7B for harbor maintenance trust fund; $10B for water resources investments; $50.5B for clean water; $2.7B for brownfields restoration and reinvestment; and $98B for broadband networks and public safety communications investments.

DARPA to Use Self-Healing Substances to Extend Critical Infrastructure Serviceability

House OKs $1.5T FY22 Omnibus Spending Package With Over $780B for Pentagon