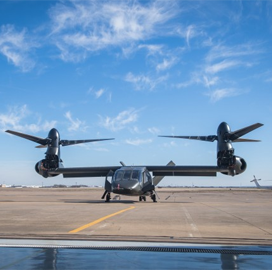 JMR-TD, which the service designated as a "capability enabler," seeks to explore the potential of next-generation systems to help joint force commanders address multidomain requirements.

The Army is eyeing V-280 and SB-1 Defiant, a compound helicopter offering from the Boeing-Sikorsky team, as potential UH-60 Black Hawk replacements through the FVL program.

McCarthy said the companies are working to address "the issues of specific characteristics that we're looking for — whether it's power or speed."

Boeing and Sikorsky are scheduled to demonstrate SB-1 Defiant on Feb. 20 at the latter's facility in West Palm Beach, Fla.