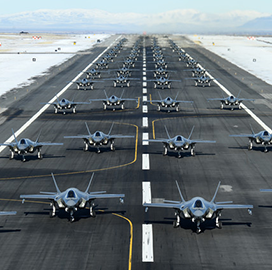 The exercise used all combat-ready F-35A fighter bombers within the service branch's fleet, and may have incurred a total of $4.5M in operational expenses, the report noted.

USAF said it did not intend to have the elephant walk coincide with the U.S.-Iran conflict, despite the long-planned exercise's timing.