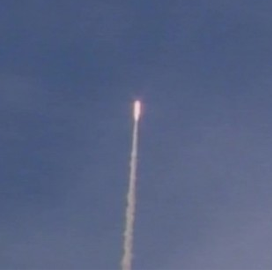 The Strategic Capabilities Office and the 30th Space Wing demonstrated a prototype ground-launched ballistic missile during a flight test at the Vandenberg Air Force Base.

Efforts under the flight test are intended to help the Department of Defense gather data for the development of potential technologies, Vandenberg AFB said Thursday.

A team comprised of industry and government personnel worked for nine months in preparation for the flight test.

"The men and women of Vandenberg work diligently to execute launches efficiently, and we remain committed to providing robust support to our mission partners," said Col. Bob Reeves, vice commander for the 30th Space Wing.