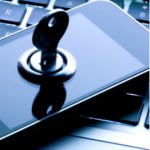 The Department of the Navy is prohibiting its members from using the TikTok video app on government-provided mobile devices due to the app’s potential to threaten cybersecurity, Reuters reported Saturday.

The U.S. Navy said in social media that it would block devices containing TikTok from the Navy Marine Corps Intranet that provides DON information technology services.

Commercial apps are generally eligible for use in government-issued devices, but DON would sometimes consider blocking apps that pose threats to cybersecurity, said a Navy spokesperson.

The ban follows a previous case where the U.S. Army directed cadets to not use TikTok due to a concern on the app’s use in the service’s recruiting activities, the report noted.