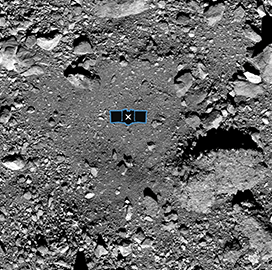 A NASA-led team has identified a sample collection site on Asteroid Bennu for a certain investigative mission, following a year of assessments.

Nightingale was among four candidate sites that the team selected based on safety. The other sites were Osprey, Kingfisher and Sandpiper.

“After thoroughly evaluating all four candidate sites, we made our final decision based on which site has the greatest amount of fine-grained material and how easily the spacecraft can access that material while keeping the spacecraft safe,” said Dante Lauretta, principal investigator for OSIRIS-REx at the University of Arizona in Tucson.