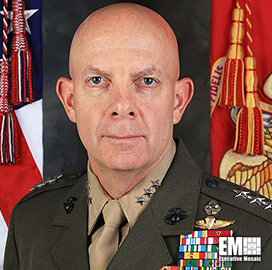 The U.S. Marine Corps has started the development of a naval force that will work to carry out expeditionary warfare missions in austere locations in line with the National Defense Strategy.

USMC said Friday it eyes to study design options through wargame efforts to build a naval force that will establish assured access and sea denial operations for joint and fleet missions.

The service branch plans to train the equip warfighters with naval expeditionary force capacities to allow operations in contested areas. The Marine Corps also noted that the creation of a expeditionary warfare unit may yield disruptive engagements with oppposing forces.

"We will continue to rigorously wargame — and at a much-accelerated pace to facilitate learning," said Gen. David Berger, commandant at the Marine Corps.