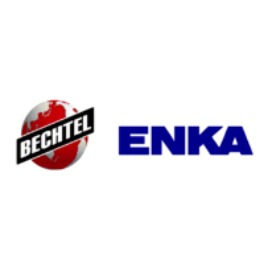 The government of Serbia has selected Bechtel and ENKA, working together in a joint venture, to construct a 70 mile, 5G-ready dual carriageway to connect the communities and businesses of Eastern Pojate to Western Preljina and enhance regional economic prospects, Bechtel announced on Friday.

A telecommunications corridor will be built beneath the side of the motorway to allow for future 5G fiber and tower installations. Construction is expected to begin in 2020.

In addition, the Bechtel ENKA team will also build a major flood defense system, the first of its scale in the Balkans, to protect the areas around the motorway from flooding, erosion and water pollution.

“We are delighted and honored to have been chosen by the Serbian Government to build this transformational motorway, our first in the country. It is thanks to their vision that we will be delivering much more than a road – the motorway will create a vital economic corridor as well as solve the challenge of flood protection and provide digital connectivity,”  said Mike Wilkinson, Bechtel’s general manager for Europe.

As part of a wider regional transport plan, the motorway will also build economic ties to improve trade links throughout the Balkans and Western Europe. Approximately 10,000 jobs are projected to be created in Serbia during construction.

Bechtel, the first U.S. contractor to be involved in a major infrastructure project in Serbia, and ENKA’s partnership has developed roadways in the Balkan peninsula since the 1990’s in many of Serbia’s neighbors with over 15,000 miles of road built, 100 tunnels and 26 major bridges.

Bechtel is a trusted engineering, construction and project management partner to industry and government. Differentiated by the quality of our people and our relentless drive to deliver the most successful outcomes, we align our capabilities to our customers' objectives to create a lasting positive impact.

Since 1898, we have helped customers complete more than 25,000 projects in 160 countries on all seven continents that have created jobs, grown economies, improved the resiliency of the world's infrastructure, increased access to energy, resources, and vital services, and made the world a safer, cleaner place.