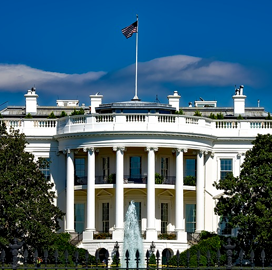 The Trump administration will issue three policy directives as part of efforts to modernize the security clearance process and begin the next phase of the Trusted Workforce 2.0 initiative, Federal News Network reported Wednesday.

The first directive is a national security presidential memorandum that directs the director of national intelligence agency and the Office of Personnel Management to update the security clearance, suitability and credentialing processes.

Brian Dunbar, assistant director of security for the Office of DNI’s National Counterintelligence and Security Center, said ODNI is now awaiting the president’s signature. “It’s an endorsement on the part of the president that this is needed,” he said.

ODNI and OPM will then release an executive correspondence that would ask agencies to cease periodic reinvestigations of security clearance holders and transition toward continuous vetting capabilities. “It will provide departments and agencies authority to adopt an interim vetting process, to replace PRs, and continue to apply investigative reductions measures, which were approved in prior executive correspondences,” Dunbar added.

The third directive is a “federal core vetting doctrine,” which will outline the basic principles behind vetting practices and policies across the government.

The report said ODNI will release a set of investigative standards and adjudicative guidelines once the three directives go live.