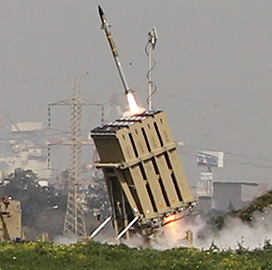 The Ground/Air Task-Oriented Radar or G/ATOR performed alongside SkyHunter, a Raytheon-made air defense system based on Israel's Iron Dome technology.

Barb Hamby, a USMC spokesperson, said the service branch demonstrated its systems' joint operation with other technologies during a live-fire exercise.

USMC has not confirmed the exact names of the tested systems, but Hamby's previous statements suggests involvement of G/ATOR and Iron Dome components, the report noted.

The U.S. Army also awarded a contract to the companies in August for Iron Dome weapon systems.