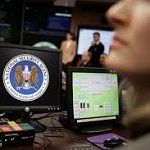 The National Security Agency has established a cybersecurity directorate to consolidate the agency's cyber defense and foreign intelligence operations. NSA said Monday that the new directorate will handle information sharing and other collaborative efforts between the agency and its partner entities in an effort to streamline activities such as risk assessments and threat intelligence.