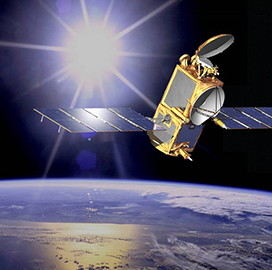 NASA and partners have concluded a collaborative satellite mission to measure physical features of the global sea surface. The Jason-2/Ocean Surface Topography Mission launched in 2008 to measure sea surface height across the globe and ended Oct. 1 this year, the space agency said Friday.

NASA has worked with the National Oceanic and Atmospheric Administration, France's space agency and the European Organization for the Exploitation of Meteorological Satellites to pursue the effort. The Jason-2/OSTM satellite worked to provide measurements over the mission's 11-year course, continuing efforts started by the TOPEX/Poseidon and Jason-1 satellites. Engineers originally designed Jason-2 to function for only three years.

The third designated Jason satellite, launched in 2016, is continuing to measure sea surface heights. NASA expects to launch two Sentinel-6/Jason-CS satellites in 2020 and 2025.