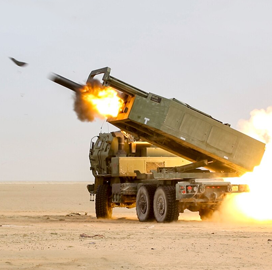 Efforts under the tests are intended to help the Army adjust the maximum range baseline for the service branch's planned precision strike missile. According to the report, the companies will conduct two more tests respectively prior to the conclusion of their missile's technology maturation and risk reduction phases.

Brig. Gen. John Rafferty, head of LRPF program at the Army, said the range requirement may reach 342 miles from a current baseline of 310 miles based on the results provided by the firms.

“We want to make sure the performance matches their models or gives them an opportunity to update their models, and then give them a chance to come back with an updated estimate of what they think they can really do,” said Rafferty

The LRPF program seeks to build a missile system that will replace the service's Army Tactical Missile System. The Army will select and deploy a precision strike missile in 2023.