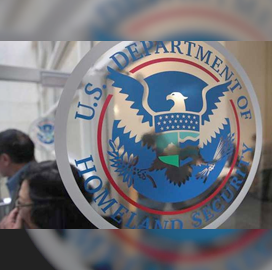 The Government Accountability Office released a report stating that the Department of Homeland Security should revise its test and evaluation guidelines for subsystems to comply with GAO standards. The watchdog said that DHS must also assess the capacity of its workforce to conduct T&E activities and establish procedures for collecting data on program managers.

According to GAO, the DHS Office of Test and Evaluation’s guidance “partially met the key practice” to show that subsystems operate as expected prior to the finalization of their design. Making changes after finalizing system designs exacerbates the risk of delays and higher costs, the watchdog noted.

In addition, GAO said that OTE’s data on the status of programs and T&E managers were “unreliable” and that its information on half of the programs GAO reviewed were inaccurate.

DHS officials said the department was unable to authorize changes to its workforce since 2014 and had to focus on active testing efforts instead of programs n the early stage of acquisition.

OTE has been overseeing test results from DHS’ major acquisition programs since 2010 and modified its T&E guidance in 2017.