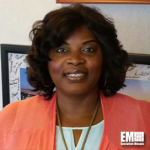 Cheryl Rawls, who has served with the Department of Veterans Affairs for 20 years, was appointed executive director of VA’s Office of Transition and Economic Development. She will consult VA leaders regarding the delivery of services supporting veterans and servicemen who are transitioning out of the military, the department said Monday.