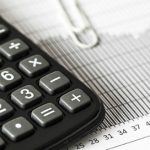 The ranking member of the Senate Homeland Security and Governmental Affairs Committee pointed out in an Aug. 15 report that the FY 2019 budget endorsed by the president provided seven IG offices at five federal agencies funding levels that were lower than their corresponding FY 2017 allocations.

The budget for the Office of the Inspector General at the Department of Homeland Security, for example, received a 7.2 percent cut, while the OIGs at the Environmental Protection Agency and Department of Agriculture received 8 and 11 percent budget reductions, respectively.

Meanwhile, the budget for the Special Inspector General for the Troubled Asset Relief Program within the Treasury Department was reduced by 57.9 percent.

McCaskill emphasized that inspectors general “play a vital role in uncovering and preventing waste, fraud and abuse at federal agencies” and that inadequate funding would impair their ability “to continue robust oversight of federal spending and jeopardize taxpayer dollars.”