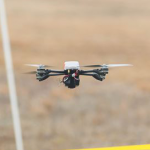 The course was meant to prepare service members for the Robotic Complex Breach Concept showcase.

Kenneth Martin, a Puma system operator, said the small unmanned aircraft employs a change-detection software to discern possible hazards through the identification of alterations to routes or roads.