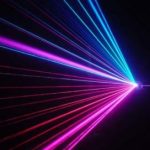 A National Academies of Sciences, Engineering and Medicine report calls for the Energy Department to develop a national strategy that would facilitate the operation of large-scale laser projects at national laboratories.

The report recommends that DOE should establish a technology transfer program focused on lasers that would advance collaboration among national labs, academia and industry, Berkley Lab said Friday.

BELLA scientists have demonstrated the acceleration of electrons through the use of various laser-based acceleration stages and plan to increase the laser pulse rate to 1,000 per second through the k-BELLA program, according to the report.

The report also calls for the U.S. to build up its research and development work on laser technology in order to keep pace with international programs when it comes to the development of high-power laser platforms.