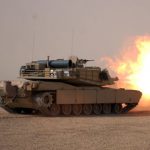 Lockheed Martin and Raytheon will serve as principal contractors in a proposed $15 billion deal that calls for the delivery of Terminal High Altitude Area Defense system launchers and interceptor missiles to Saudi Arabia.

The report added that the U.S. has recorded $54 billion in FMS deals with Saudi Arabia in the past nine months.