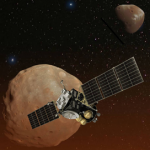 NASA has said the 2019 budget request slated for release as soon as February will include details on how the space agency will implement a space policy directive involving a potential human return to the moon, Space News reported Friday.

Robert Lightfoot, acting administrator at NASA, suggested commercial and international alliances will help the space agency implement the Space Policy Directive 1 which requires NASA to send humans to the moon for exploration.

The lunar exploration missions will also serve as stepping stones for potential future missions to Mars and other destinations, the report noted.

Lightfoot added the directive will incorporate an approach wherein the space agency transitions from leading the development of space technologies to utilizing industry offerings and collaborating with commercial companies.