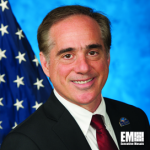 Veterans Affairs Secretary David Shulkin said at a White House briefing on Wednesday that the Veterans Agency is “still in critical condition” and patients are waiting too long for services at the scandal-plagued agency.

Shulkin asked Congress to empower the V.A. with the ability to fire employees caught “violating our core values.”

The “accountability process” within the agency is “clearly broken,” said Shulkin.

Shulkin, a physician, said that there are over 1,500 disciplinary actions pending at the V.A., the Washington Post reported.

Shulkin said that President Donald Trump and Vice President Mike Pence are “impatient and anxious” to improve the V.A. To that end, and seeking to deliver on a campaign promise, Shulkin announced a “soft launch” of a hotline for veterans’ complaints. The hotline should be fully operational by August 15. The phone number is: 855-948-2311.

In its budget proposal, the White House seeks a 3.7 percent increase for VA funding and asks for $29 billion over the next decade to expand the Choice program. That program allows veterans to seek care from private doctors outside the Veterans Agency.