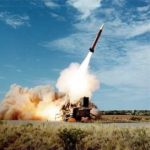 Rep. Bill Shuster (R-Pennsylvania) has introduced a bill that seeks to prevent the U.S. Army from phasing out a variant of the Patriot missile system used to intercept ballistic missiles.

The Patriot Inventory Protection Act would keep the MIM-104 Patriot Guidance Enhanced Missile TBM in the Army’s inventory in an effort to mitigate a potential shortage of Patriot missiles and bring work to the Letterkenny Army Depot, Shuster’s office said April 6.

Letterkenny primarily serves as the Army’s missile depot and GEM-T is a major driver of the depot’s workload.

Shuster’s office noted it would cost approximately $359,000 to recertify each GEM-T while the price of a new missile system could amount to $5 million.

The Army decided not to recertify the system in fiscal 2013 due to spending challenges that the military branch attributed to the implementation of the Budget Control Act, Defense News reported Thursday.

The proposed legislation would require the Army to evaluate its capacity to meet requirements and operational needs if GEM-Ts were taken out of the inventory, Judson reported.