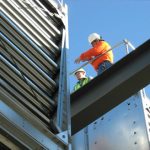 The Government Accountability Office has called on the Department of Veterans Affairs to develop a “reliable” cost estimate and schedule for the activation of a $1.7 billion medical facility construction project in Denver.

GAO said Tuesday VA’s activation cost for the Denver project increased to $341 million from $272 million in 2012 but VA officials could not provide information on how they created the estimate.

Auditors also found that VA’s construction and activation schedules are not integrated and the milestones of each schedule do not align.

GAO added that the Denver medical facility is at risk of additional cost increases and delays due to activation cost estimate and schedule integration issues.

The congressional watchdog also recommended that VA clarify policies on schedule integration and create a mechanism to monitor change orders.

VA’s contract management software works to record dates of change order requests and approvals but the department does not use the software to determine whether changes are approved within the required time, GAO noted.

The agency found the contract management platform also does not monitor reasons for change orders.

GAO said the department plans deploy a system that tracks such information by March 2017.

The Denver facility is one of 12 VA construction projects that the U.S. Army Corps of Engineers manages under interagency agreements.

VA is responsible for the projects’ overall completion and activation as part of the agreements.