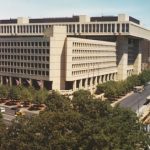 Sen. Ron Wyden (D-Oregon) has urged the FBI to accept email submissions of Freedom of Information Act requests and address limits on FOIA submissions from the bureau’s portal following a policy change that requires FOIA requests to be sent online or by fax and letter.

He told David Hardy, chief of FBI’s record and information dissemination section in a letter published Thursday that the 3,000-character limit for submissions on the FBI portal may not be enough for requesters to explain why they seek relevant records.

Wyden also asked Hardy to clarify if the bureau intends to exclude requests for internal FBI communications, memos, emails and guidance as well as update the terms of service to explicitly authorize requests for document types other than the record types that the terms state.

The senator noted that the FBI also added a technical protection measure that he believes may limit automated submissions from researchers and journalists as well as implemented a requirement for requesters to determine whether they are in the U.S. or not.

Wyden wants to know the bureau’s reasons for implementing such measures and an online portal separate from the existing multiagency FOIA website that other Justice Department components use.