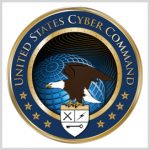 Navy Adm. Michael Rogers, head of the Cyber Command and National Security Agency, has discussed his visions about Cybercom’s potential role on cyber integration at the tactical level of warfare and its relationship with the private sector in the next  five to 10 years during the West 2017 conference, DoD News reported Friday.

Cheryl Pellerin writes Rogers also talked about the Cybercom’s workforce and talent development programs as well as the technology sector’s role on human capital development at the forum co-sponsored by AFCEA International and the U.S. Naval Institute.

Rogers said he sees the potential elevation of Cybercom into a combatant command which will provide recommendations to decision makers and policymakers on the integration of cyber activities to the tactical level.

“We should be integrating [cyber] into the strike group and on the amphibious expeditionary side,” he told audience.

“Give it that broad set of responsibilities where it not only is taking forces fielded by the services and employing them; it’s articulating the requirement and the vision and you’re giving it the resources to create the capacity and then employ it.”