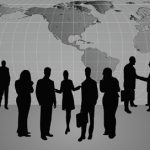 Trump plans to hold meetings with executives to gather information about their experiences and insights on job creation as part of the Manufacturing Jobs Initiative, according to a White House press release published Friday.

Andrew Liveris, chairman and CEO of Dow Chemical, has organized the first series of industry meetings with Trump.

The first batch of executives who pledged support for the Manufacturing Jobs Initiative include:

The Trump administration will not solicit consensus advice or recommendations following group deliberations or interaction.