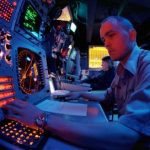 The U.S. Army‘s Rapid Capabilities Office has obtained approval from the service branch to develop a prototype of an electronic warfare in a “phased” manner, Defense News reported Friday.

Jen Judson writes Maj. Gen. Walter Piatt, director of operations at the Army RCO, said the office aims to prototype existing technology that can be put through operational assessment and help the organization develop a long-term rapid prototyping program.

Piatt added the phased approach will use existing Army material to create the prototype within six months and boost training across the chain of command, according to the report.

The report said RCO visited Europe from November to December to explore the EW operational needs of the European theater.

The office seeks to prototype EW technology for limited fielding and operational assessments within a year then run assessments in Europe and U.S., Judson wrote.