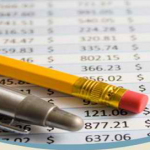 NASA has released its fiscal year 2016 Agency Financial Report that details the agency’s financial results and performance from the year’s financial statements that received an unmodified audit opinion with a “clean” mark for a sixth consecutive year.

The space agency said Thursday it received highest-possible opinion from an external auditor and results of the audit state NASA’s financial statements present the agency’s financial position and operation results in a fair manner.

The space agency will release an Annual Performance Report with more details on the accomplishments in early 2017 along with the president’s budget request for FY 2018.