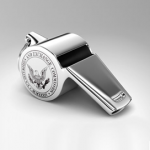 Jane Norberg, chief of the Securities and Exchange Commission‘s office of the whistleblower, has been promoted to lead the same office on a full-time basis.

Norberg came to SEC in 2012 to serve as the first deputy chief of the organization that she also helped establish to intake and review whistleblower tips, evaluate award claims and advise the commission on the eligibility of claimants for award, SEC said Wednesday.

She took on the acting chief role in the office after inaugural chief Sean McKessy stepped down in July.

“In its short history, our whistleblower program has had a transformative impact on our agency, and Jane has played a significant role as deputy of the office of the whistleblower,” said Andrew Ceresney, director of the SEC’s enforcement division.

Norberg previously served as an attorney at law firm Shearman & Sterling and a special agent at U.S. Secret Service, where she handled federal criminal investigations and provided protection services to the president, vice president and visiting foreign dignitaries.

SEC’s whistleblower office has received at least 14,000 whistleblower tips from people in various parts of the U.S.  and foreign countries since its inception.