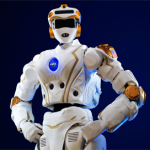 NASA has partnered with Space Center Houston and innovation consulting firm NineSigma to launch a $1 million prize competition that seeks to foster technology development in the area of robotic dexterity to support the agency’s Journey to Mars initiative.

The Space Robotics Challenge seeks teams to program a virtual robot based on NASA’s Robonaut 5 to perform tasks in a simulated environment that involves latency periods to represent communications delay from Earth to Mars, the agency said Wednesday.

“Precise and dexterous robotics, able to work with a communications delay, could be used in spaceflight and ground missions to Mars and elsewhere for hazardous and complicated tasks, which will be crucial to support our astronauts,” said Monsi Roman, manager of NASA’s Centennial Challenges program.

The agency noted it will challenge participants to align a communications dish, repair a solar array or fix a habitat leak on a Martian habitat with virtual robots.

NASA also looks to integrate software that will be developed through the competition with old and future robotic technology platforms.

Technology could help robots to set up habitats, life support systems, communications and solar apparatuses as well as conduct preliminary scientific research ahead of astronauts’ arrival at landing sites, according to the agency.

The Space Robotics Challenge’s qualifying round will occur from September to November and an open practice will take place from January to early June 2017.

NASA is slated to hold the final virtual competition in June next year.