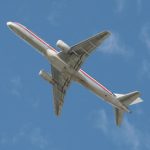 The space agency said Saturday its researchers will explore the five green technology ideas as part of the Transformative Aeronautics Concepts Program and that three of those concepts are geared towards electrically powered aircraft.

“There definitely was an emphasis in our selections on bringing forward activities that addressed a NASA aeronautics goal to reduce the carbon footprint of aviation during the 21st century,” said Doug Rohn, a NASA program manager.

Several research teams will work to develop alternative fuel cells as well as identify methods to change the shape of aircraft wing in flight.