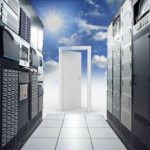 The Defense Department has released a nine-page document that details DoD’s plans to update its information technology infrastructure and build up its cybersecurity posture, Signal magazine reported Thursday.

DoD plans to carry out JIE capability programs that include the implementation of the Joint Regional Security Stacks, updates to the Defense Information Systems Network Transport Infrastructure and migration to an enterprise-wide defense model.

According to the document, the Pentagon aims to build up partnerships with industry and mission partners through the expansion of the IT Exchange Program, which will assign 50 government civilian employees to serve in private companies and 50 industry employees to perform DoD roles by the end of fiscal 2017.

Halvorsen’s office will work to update the accreditation and certification process and move DoD’s networks to the Microsoft-built Windows 10 operating system by the second quarter of FY 2017 in an effort to address cyber threats, according to the paper.

The agency also aims to set up an on-premise cloud managed service by the fourth quarter of FY 2017, the document said.

DoD’s milCloud platform will not “be the backbone of what provides us our enterprise services,” Halvorsen, an inductee into Executive Mosaic’s Wash100 for 2016, told news media roundtable participants.

Other goals included in the document include the consolidation of DoD data centers, implementation of a two-year plan to end the use of common access cards in information systems and efforts to increase communications bandwidth in the agency’s information network.