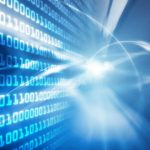 The Software and Information Industry Association has reacted to comments Defense Department Chief Information Officer Terry Halvorsen made about the Microsoft-developed operating system Windows 10 on April 8 per a Fedscoop report.

According to Fedscoop, Halvorsen said DoD plans to issue general guidance to department employees on the potential application of Windows 10 on their personal computers.

Wasch pointed to the DOD Joint Ethics Regulation and the Code of Federal Regulations that prohibit federal officials and employees from endorsing non-federal products and services.

SIIA urges Halvorsen to publicly clarify that “DoD is not advocating for, or against, personal use of any vendor’s product,” Wasch noted.