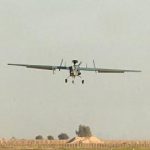 The U.S. Army is scheduled to test in May a prototype that works to counter unmanned aerial systems through its Network Integration Evaluation process, Defense News reported Thursday.

Jen Judson writes the service branch will conduct the NIE on the C-UAS Mobile Integrated Capability prototype at Fort Bliss in Texas for a period of two weeks to evaluate how to integrate the system with its tactical network.

The C-UAS CMIC prototype is linked to the military branch’s command-and-control systems and consists of the Northrop Grumman-built Venom mast, Lightweight Laser Designator Rangefinder and the Q-50 Counterfire Radar System.

Northrop’s Venom Mast works to transmit Q-50 radar-derived data to the LLDR to help counter threats posed by UAS and other aerial vehicles.

“We can put a capability in soldiers’ hands using existing equipment that they have, so really what we are doing is we are taking existing programs of record and repurposing it to give the ability to counter those UAS,” Michael Cochran, Fires liaison officer at Fort Bliss, told Defense News.