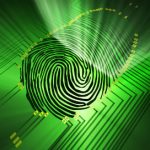 More than 5.6 million sets of fingerprints belonging to individual federal employees were stolen in the April hack on the Office of Personnel Management‘s systems that contain information on background investigations and other data, OPM said Wednesday.

OPM originally estimated the total number of compromised fingerprint sets at 1.1 million out of the 21.1 million individuals the agency estimates were impacted by the breach on its data systems.

OPM is maintaining its estimate of total employees affected by the breach at 21.1 million.

The agency said it has worked with the Defense Department to investigate the scale of the hack and the team identified archived records with additional additional fingerprint data not previously analyzed.

That new discovery led OPM to increase its estimate of compromised fingerprint sets, the agency said.

A team of the FBI, departments of Defense and Homeland Security, and intelligence agencies are reviewing what OPM calls “potential ways adversaries could misuse fingerprint data now and in the future.”

Individuals impacted by the breach and their minor dependent children are eligible for free identify theft and fraud protection services as of July 1.

You might be interested in
Marine Corps Maj. Gen. Michael Cederholm Nominated as Deputy Commandant for Aviation