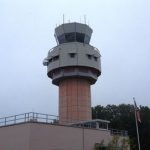 The Transportation Security Administration will relocate its headquarters from Pentagon City in Arlington, Va. to the Victory Center Building in Alexandria after the General Services Administration secured a 15-year lease agreement with Eisenhower Real Estate Holdings.

GSA said Wednesday the office space has an area of 625,000 rentable square feet with a rental rate of $36 per RSF and a utilization rate of $153 per usable square foot.

“The new lease agreement allows TSA to consolidate four locations into one at a rental rate and utilization rate that will ensure the agency is more efficient and effective in executing its mission,” said Darren Blue, commissioner of GSA’s Public Buildings Service for the National Capital Region.

JLL brokered the lease agreement, which also includes more than $50 million for tenant fit-out and transition costs as GSA eyes an efficient use of space and reduced water and energy consumption.