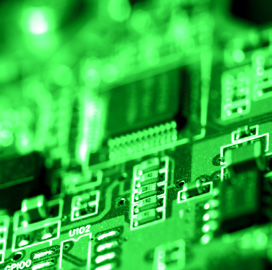 A team of Army Research Laboratory scientists has developed and tested a data transfer system that applies the concept of quantum mechanics to transmit information wirelessly.

ARL believes the information teleportation network system could potentially help military users exchange and secure communications either over fiber optics or through space, according to a Tuesday blog post on DoDLive.

“This research will benefit future soldiers by helping provide the Army with battlefield information teleportation networks that will be both cybersecure and fast,” Meyers added.

ARL’s technology is built to teleport bits of data by using entangled photons, a method the lab says can be used for data transmission over long distances.

The lab developed the quantum teleportation method to work in adverse tactical environments, according to DoDLive.