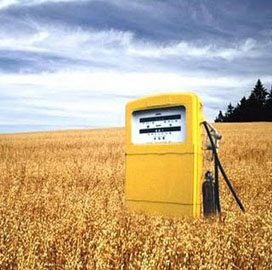 The departments of Agriculture and Energy, as well as the Navy will match private sector investments by pooling $30 million into commercial biofuel technologies in a move aimed at building up the country’s energy security.

The Defense Production Act mandates the joint investments, which are intended to build on President Barack Obama’s 2011 blueprint for energy security.

That mandate is intended to spur deployment resources, reduce the country’s dependence on imported oil and meet the fuel needs of the military, aviation and shipping sectors.

“Pursuing a viable, domestic alternative is the best way to preserve the budget for operational necessities like training and shipbuilding,” said Ray Mabus, U.S. secretary of the Navy.

The two-phase funding opportunity seeks applicants to develop a biorefinery business plan, locate project sites and fulfill other requirements under the first phase and design the biorefinery construction under phase two.

DOE’s $32 million in research grants are also divided into $20 million for pilot-scale and demonstration-scale biorefineries that will work to produce biofuels for military requirements using non-food feedstocks.

A $12 million portion is for developing biobased transportation fuels that use a synthetic biological process.