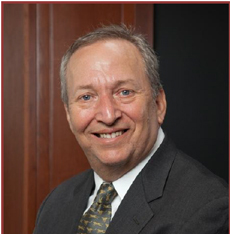 Larry Summers is likely to be named chairman of the Federal Reserve in the next few weeks, according to a source close to President Barack Obama.

According to a CNBC article, Summers is “still being vetted” so it might take some time before he is officially announced.

Summers, a former Treasury secretary, and Fed Vice Chairman Janet Yellen are the two frontrunners for the position which Ben Bernake will be vacating by the end of this year.

Summers has also served as the president of Harvard University.

The Federal Reserve recently had a meeting in Jackson Hole, Wyoming that Summers didn’t attend.

However, several Fed officials told Reuters that they thought Summers was Obama’s favorite.