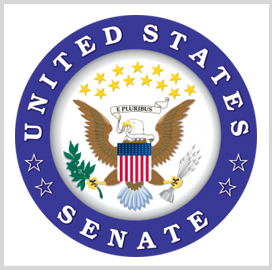 A Senate panel has endorsed a bill that seeks a $34.8 million budget for the Federal Citizens Services Fund and $20.15 million for the e-Government Fund in the 2014 fiscal year, FierceGovernmentIT reported Thursday.

David Perara writes the Appropriations Committee  voted 16-14 in favor of the measure, which backs the independent entities that support different online facilities.

The proposal for the e-Gov Fund is $22.43 million more than the enacted amount for the 2013 fiscal year while that for the Federal Citizens Services Fund is $14.08 million less than the previous.

Perera reports the Senate’s request is opposite from the House bill, which aims to establish a unified body known as the Information Engagement for Citizens Fund with a projected budget of $40 million.

According to FierceGovernmentIT, the House’s financial estimate is lower than the Senate’s combined quote at $54.95 million for both the e-Gov Fund and the Federal Citizens Services Fund.

The report notes an argument of the proposed Information Engagement for Citizens Fund is the potential irrelevance of having separate entities to manage monetary allocations for federal agencies, online facilities and other services.