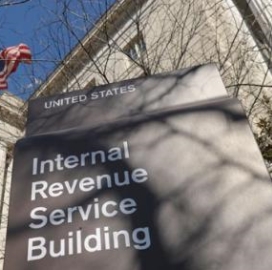 “This group brings a strong set of management skills and government experience that will be an immediate help as we conduct our review of operations, processes and practices at the IRS,” Werfel said.

“These are essential steps to restore the public’s trust and ensure the fair and effective administration of the nation’s tax system,” he added.

Since November 2009, Maloy has served as commissioner of the agency’s large business and international division, overseeing tax administration for organizations and alliances with at least $10 million assets.

Grams returns to IRS after working at the Veterans Affairs Department as chief financial officer and executive-in-charge of the office of management and performance improvement officer for three years.

He previously held senior DoD roles including serving as defense enterprise integration executive and special assistant to the deputy undersecretary for financial management.